This week, our good friends (from Whidbey Island, but recently moved to Ireland) came to London for 2 full days of playing and sightseeing.

We’ve been in London for two and a half months, and have seen a lot of the town (and there is still a lot we’d like to see!!).  But, we also have had a lot of “stay at home” days.  When we get back on the road next month – we’ll still have these, but with limited time in each city – they will be harder – at least for Mom and Dad – to stomach.

With our friends in town, we wanted to show them as much of London as we could.  On Tuesday morning, they arrived at our house, and we all went out for pancakes near Kensington Palace (My Old Dutch has gluten free pancakes that are humongous).  After pancakes, we thought we should burn off some kid sugar energy, so we went to he nearby Diana Memorial Playground in Hyde Park ( or perhaps Kensington Gardens – they are adjacent).

our aim was maybe 30 minutes.  This is a pretty epic playground, and we were there for a lot longer – maybe 2 hours?

The kids were having a blast, but the parents were getting a bit cold, and ready to do something more.  We mentioned the British Museum – and that received a resounding chorus of “NOO!!!” from the six kids.  So we settled on the Transport Museum – all about the buses and underground.  Actually a VERY good place for 4 parents to play a zone defence around 6 kids.  We might have lost a parent and a few kids at the British Museum. 🙂 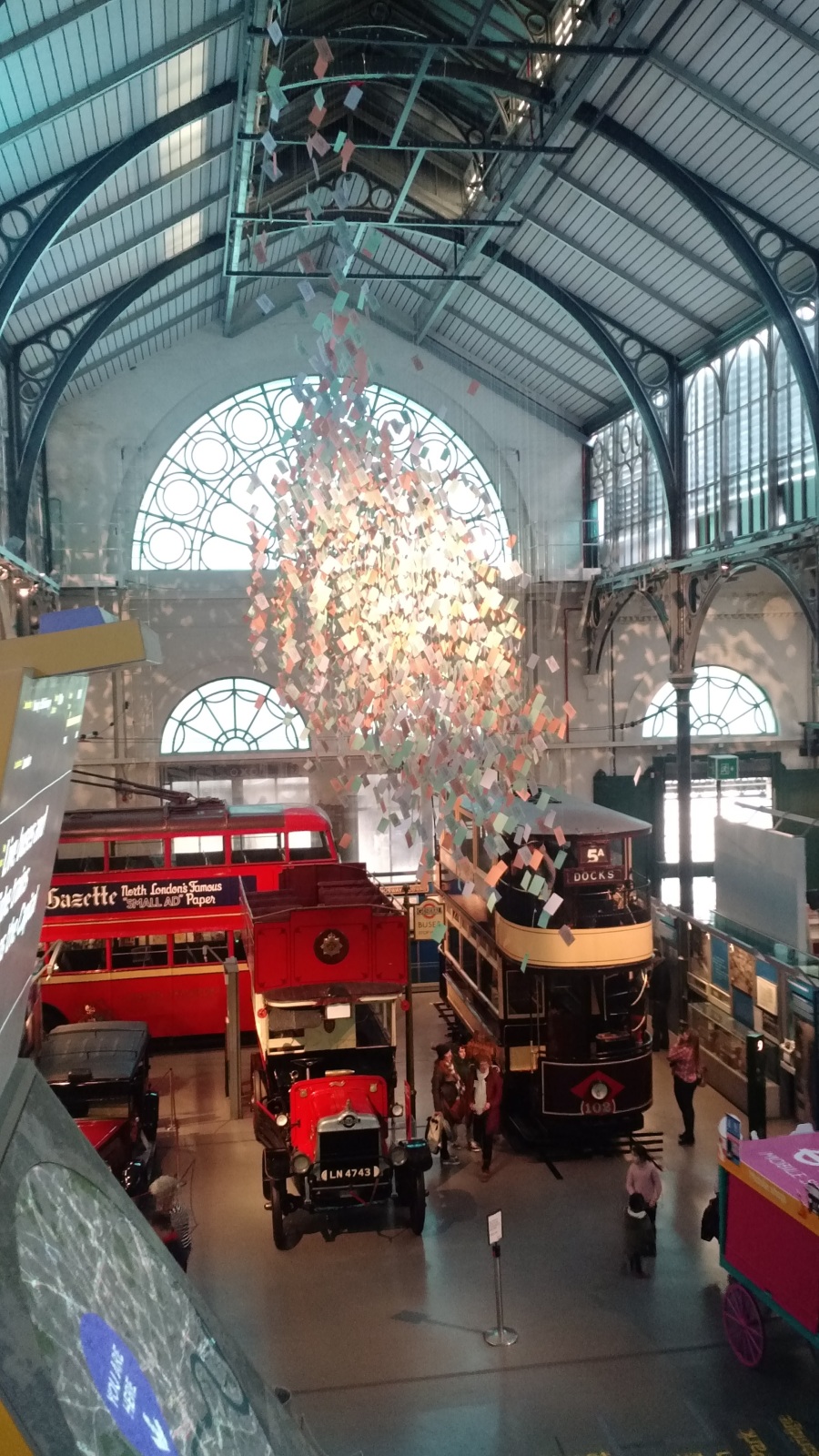 After 2 hours at the museum, we split up for the evening.

The next morning, we all met in Brixton, and hopped on the Tube.  our friends wanted to see Buckingham Palace.  I looked at my watch and noticed that the changing of the guard was in 25 minutes.  So we raced from Vitoria Station to the gates of the palace.  There were a lot of people there, but we could kind of see. (I had the baby in a carrier, and our 6 year old on my shoulders.  After a lot of marching, and a few bands – our adolescent contingent were bored.  So we headed out. 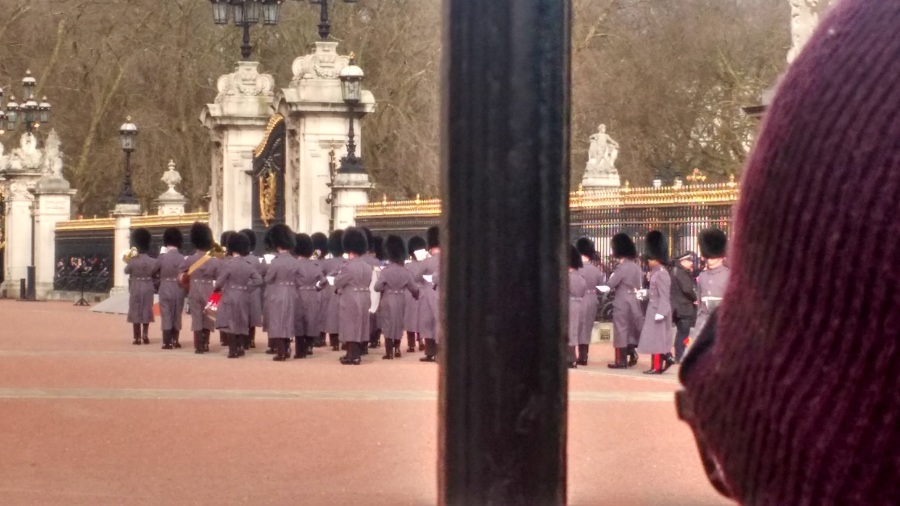 We walked St. James Park, around Westminster Abbey, Big Ben, and down the Thames walk.  We hopped a river ferry from Embankment to Tower Bridge, walked past the Tower of London.  It was late afternoon, but we still wanted to play a bit.  So we hopped the Tube to the Science Museum for 2 hours of looking at the exhibits (our 3rd visit – so we really knew our way around!).

These 2 epic walking days – exploring and seeing London was a wonderful way to meet up with old friends to see new things.  It was also a reminder to us that epic walking days are going to be coming more frequently once we get back on the road.