Dinan begins and ends with a taxi ride.

We arrived at the train station, and ordered a taxi. After a few minutes, a really nice taxi driver arrived.  He used Google Maps to navigate, but clearly did not have the hand of it yet, as I could hear the French Google voice tell him he missed his turn al least twice.

Dinan is a walled medieval city, and the walls are (mostly) still there!

We did arrive, and met our lovely host. Our Apartment is on Rue des remparts – and as you can see, we are *right* on the walls.  This is the view form the kitchen: 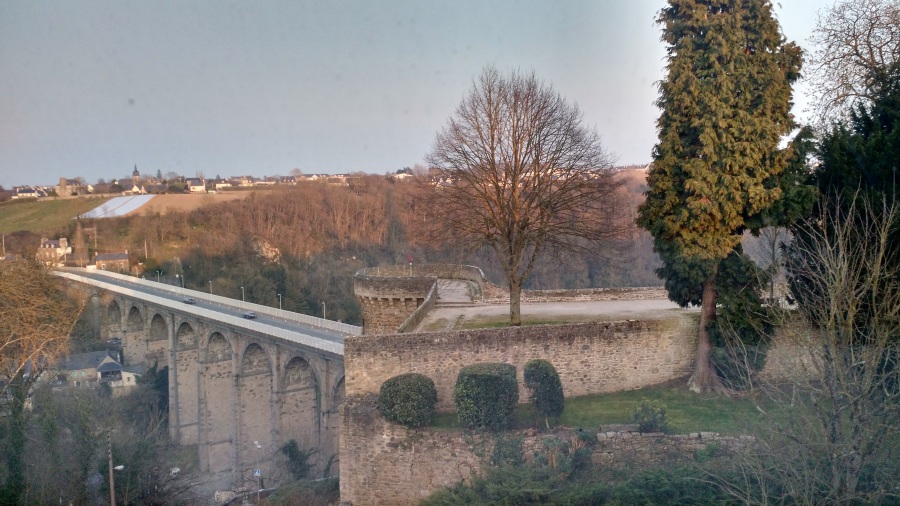 The circular tower is St. Catherine’s tower.  It has a commanding view of the valley, river and the port of Dinan. It dates from the 14th or 15th century.  The walls passed right to the side of our building, and continued in the other direction: 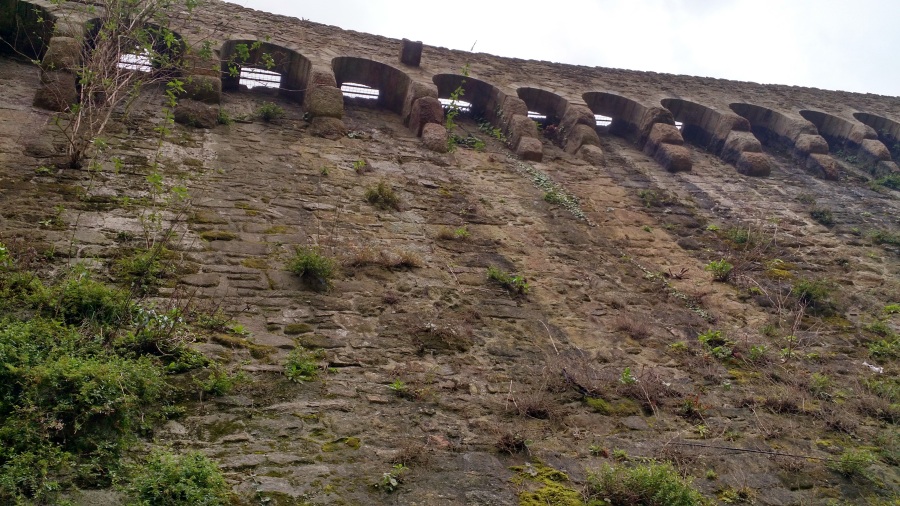 I’d hate to be attacking from here.. arrows, and god knows what dropped on me. 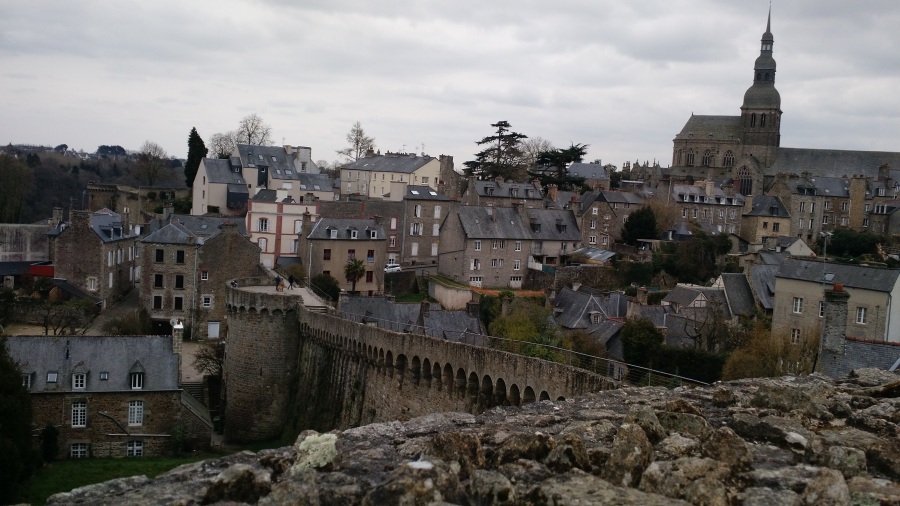 While walking the ramparts, we met the nicest cat: 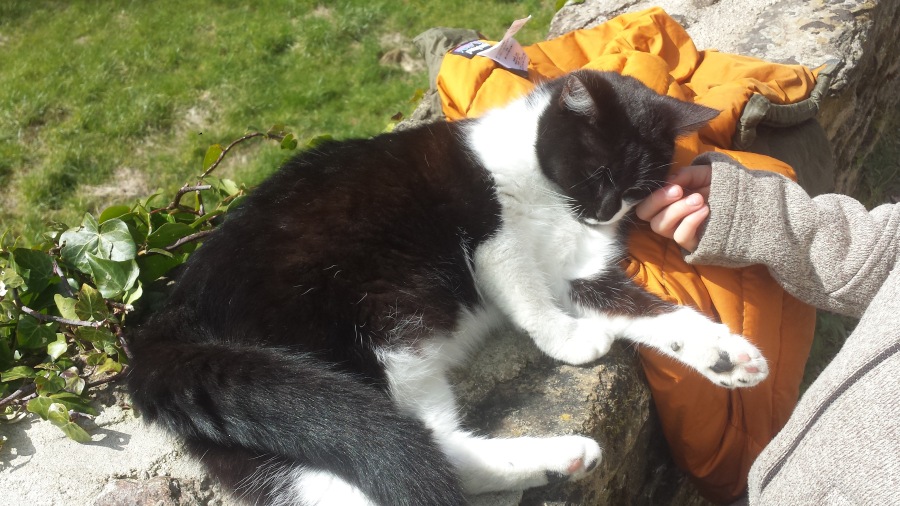 we named him Pistachio. He was so happy getting pet he rolled.. nearly off the wall!! 🙂  This guy is going to quickly run through his 9 lives….

Dinan has (of course) several old ancient churches.  The one nearest our house was the Basilica  St. Saveur.  Outside was a beautiful sunny day in the 50s.  We got inside the old stone church, and the stone was keeping in the winter cold.  We had to put on our coats inside, and we could see our breath as we walked through. 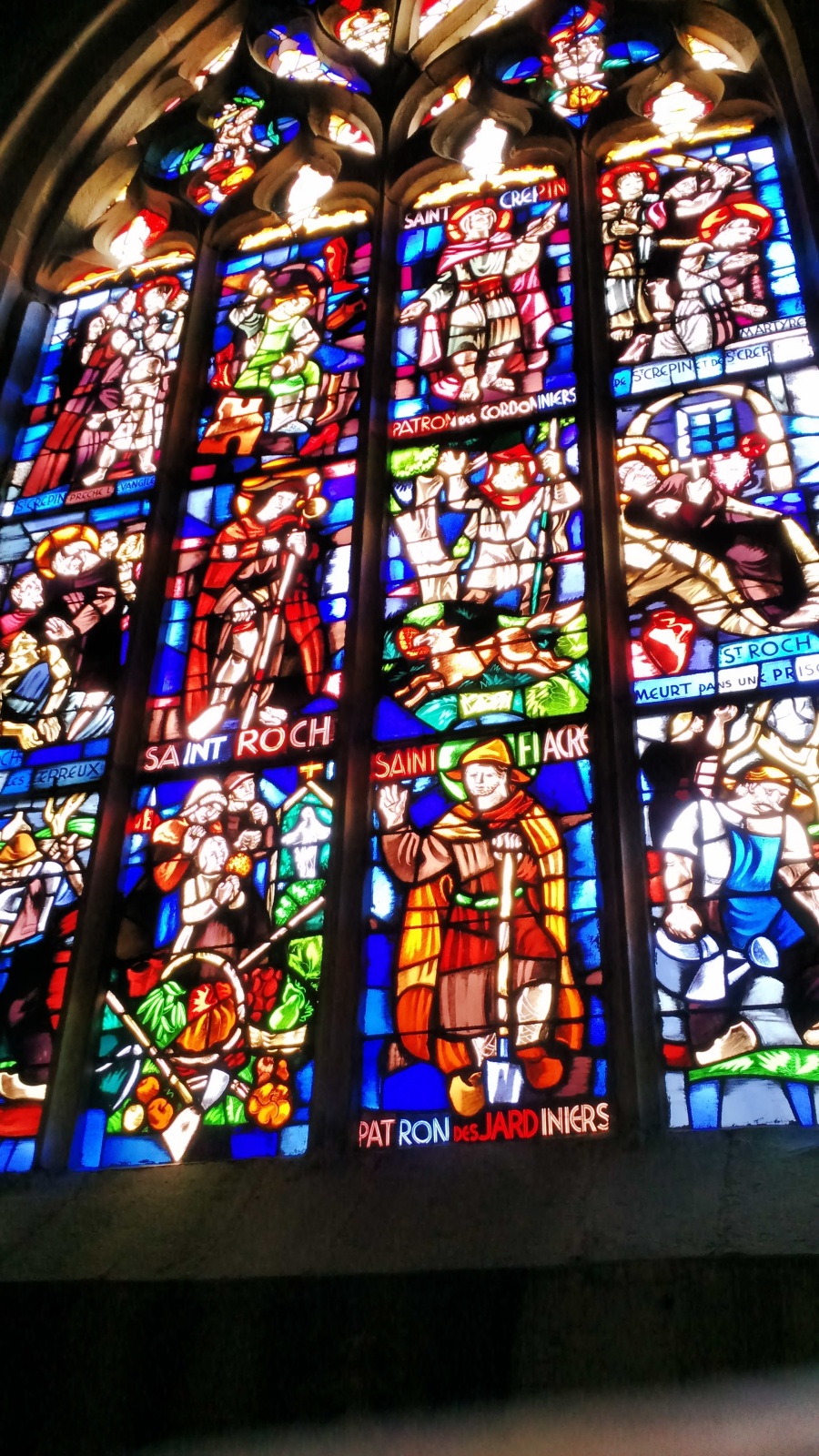 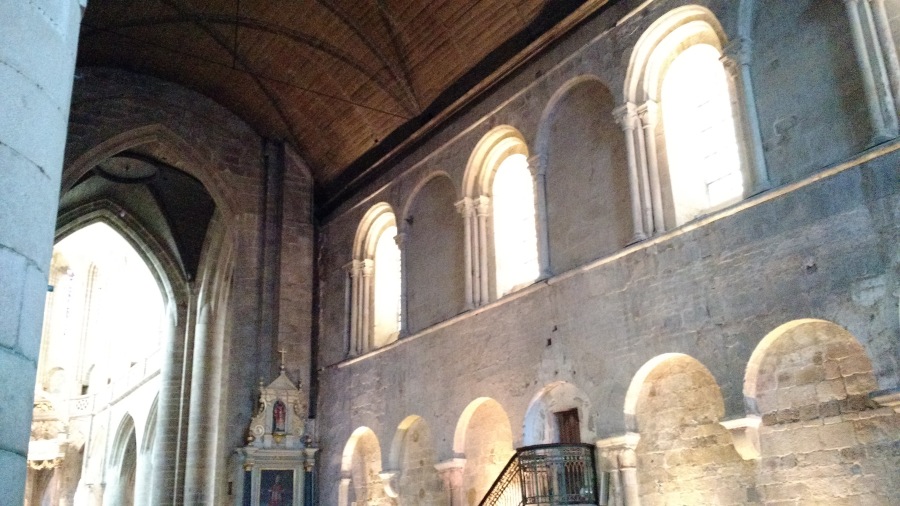 On Wednesdays, there is a great market.  One of my jeans was needing to be retired, and we found a guy selling jeans. He had a little changing room – I bought a pair, and threw away the old pair – right in the market!  K got a beautiful new jacket.  We stocked up on fresh fruits and veggies, and some awesome organic raw milk cheese from an Australian woman.

I didn’t take photos in the town, but it is all beautiful cobblestone roads, and old gorgeous storefronts.  The stores are really nice, and have fun stuff to windowshop (R and K have new matching vests).

One rainy evening (it was really just a Seattle drizzle) we walked down the slippery cobbles to the port.  At the port, there was a biking/walking/running trail along the river and woods to the next town upstream Lehon.  K went for a run, and the rest of us followed with an evening stroll.  At Lehon, we crossed the river, and took the trail back on the other side – arriving back in the dark. The walls were illuminated, and there were a few owls hooting across the valley.  So beautiful and silent – we have missed our country life at home, and enjoyed reconnecting with nature. 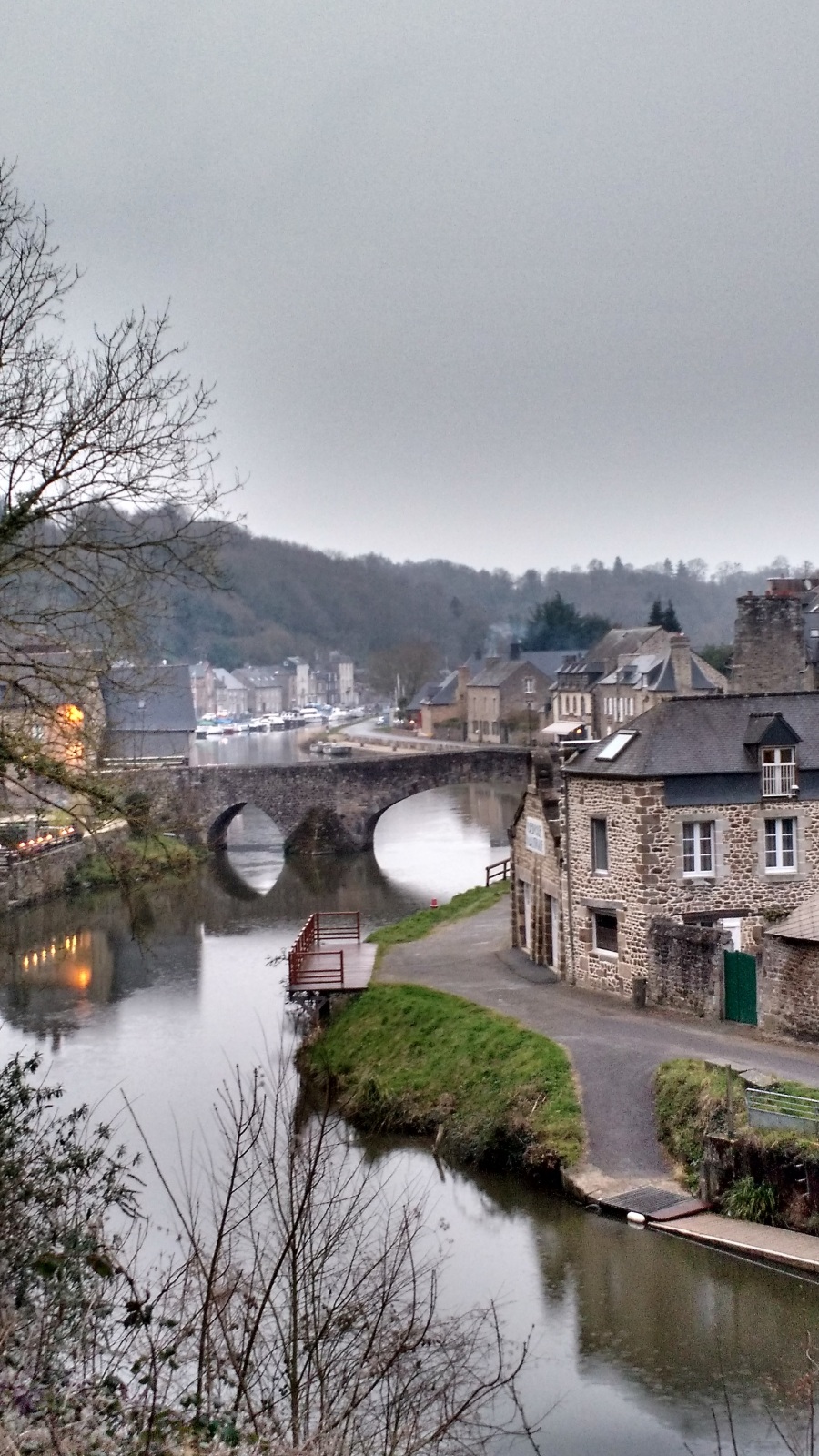 Houses on the slippery street down to the port. 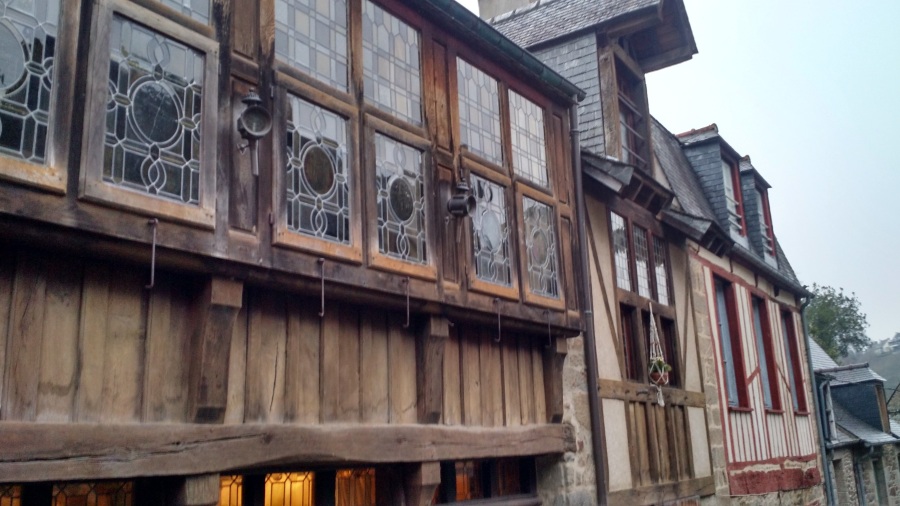 On our last day, we were to rent a car.  I took a bus (and a taxi) with the girls to Rennes to get the car.  The clutch was a bit wonky, but We made it to Dinan.  Sadly, the clutch did not get up the hill into Dinan. 😦

Europcar found another van (back in Rennes) and got us a taxi to pick up the car.  We had the same cabbie.. and guess what – he got lost in Rennes.. I was navigating from the back seat. 🙂  We finally got our car – loaded it up, and began our drive to Amboise.  We stopped in tours briefly – and the downtown near the town hall is gorgeous.

We arrived in Amboise after dark, and have settled into our home.